At the time of this writing, the Toa Mata have yet to receive their Theme Guide, because even with all members of the team implemented, they’re still missing some support cards from old BCOT that have a major role in their playstyle. However, to modernize those missing cards, I do need to have a solid idea of what the updated Toa can do and what they need help with, so I have been experimenting with a few different builds using what we have so far. This is a brief account of those ideas and the rationale behind them.

This one was included with the 3.17.4 release, and represents what is probably the most functional way to play “pure” Toa Mata at this point. The sole combo it revolves around requires a hand of any 2 different Toa Mata plus Kini-Nui (or Mata Nui to search it): Activate Kini-Nui, Normal Summon one Toa by Tributing the other one from your hand, trigger Kini-Nui to revive the Tributed monster, and use the two Toa to make Isolde, searching another Toa for the next turn. Then, you activate Isolde for 6 and watch your opponent quiver in fear at the sight of such a power move while you send all the Kanohi to the GY and Special Summon a Toa Mata from the Deck. The sent Kanohi let you add two more Toa of your choice by banishing the materials used for Isolde, the extra Normal Summon from Kini-Nui means you can get one of those out right away if you wish, and during the End Phase Kini-Nui can summon a Suva from the Deck by destroying itself, which will also bring a Mata Nui in your GY (if there is one) back to the field.

In summary, the turn 1 payoff consists of:

Going second, the deck has some convenient properties that may help it do its thing in the face of an established board. First of all, 18 of the 21 monsters it plays have 2000 or more ATK and don’t take any field setup to bring out, so sometimes you can just Normal Summon, immediately hit over a boss monster, and then safely do the combo in Main Phase 2. Also, if the monster you Normal Summon to trigger Kini-Nui is Gali, she will be able to negate one of the monsters on the opponent’s field to prevent interruption (but doesn’t do anything against handtraps, sadly). Lewa can also help clear the field because he’ll be able to bounce something when you summon your Suva (whether from Deck or GY).

If you don’t manage to pull off the combo, what you usually fall back on is still a boss-sized monster that may or may not have meaningful disruption and/or protection, which may just be enough to keep you in the game. And with the Kanohi constantly repleneshing Toa Mata in your hand plus Mata Nui being able to search Kini-Nui every turn, you should be able to try again easily.

Can a deck that puts up 2 disruptions at best, needs intensive micro-managing to achieve protection, and has almost no room to run staples be called good? Probably not. Does it do its thing impressively well for having no major plays beyond a (more or less) 3 card combo? Yes. I rate it “Isolde is a stupid card”/10.

The following decks are all based on the idea of combining the Toa Mata with other archetypes that also have their monsters spread across the Attributes WIND, WATER, FIRE, and EARTH. The idea is basically to perform the usual plays of such an archetype X, ideally get a Kanohi into the GY along the way for a search, and then use either a leftover Normal Summon or the extra one from Kini-Nui on a Toa, adding an extra miniboss or even a Rank 6 to the field. The matching Attributes are meant to help consistency by letting you use excess monsters from archetype X in your hand as Tributes for the Toa Mata, though in practice it certanly felt like hands such as Tahu plus anything except another FIRE monster were way more common than they should be. 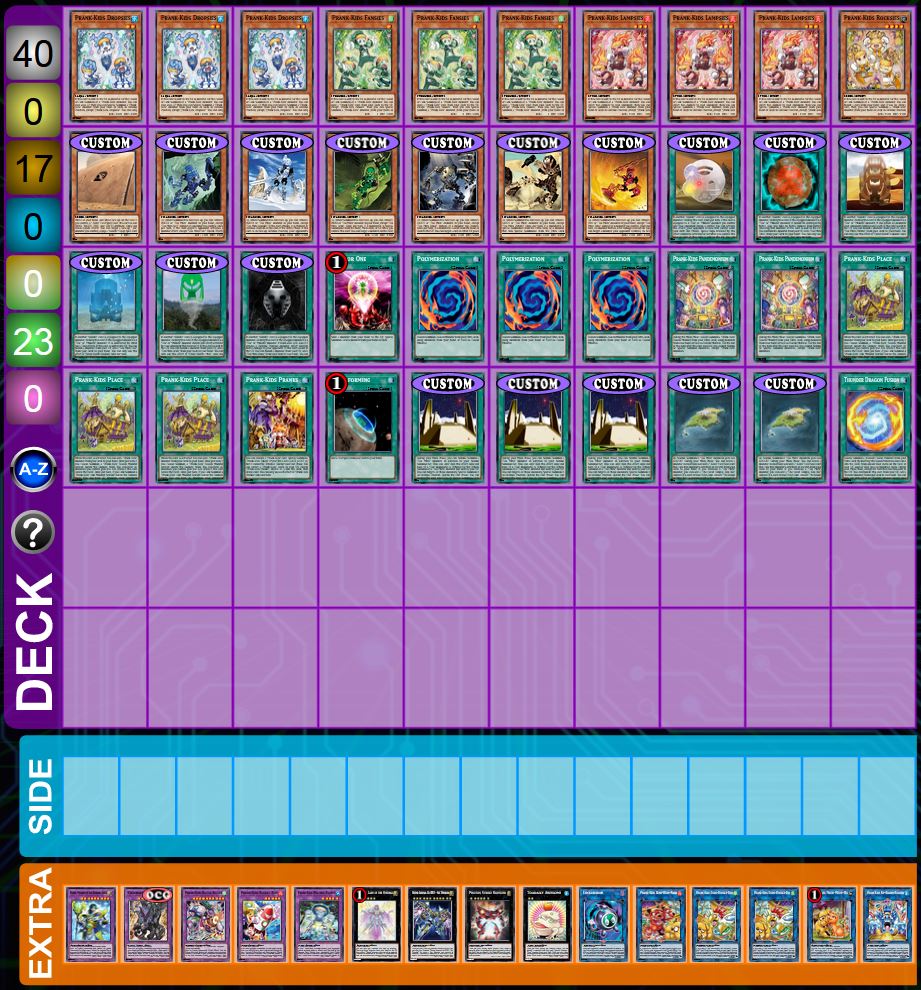 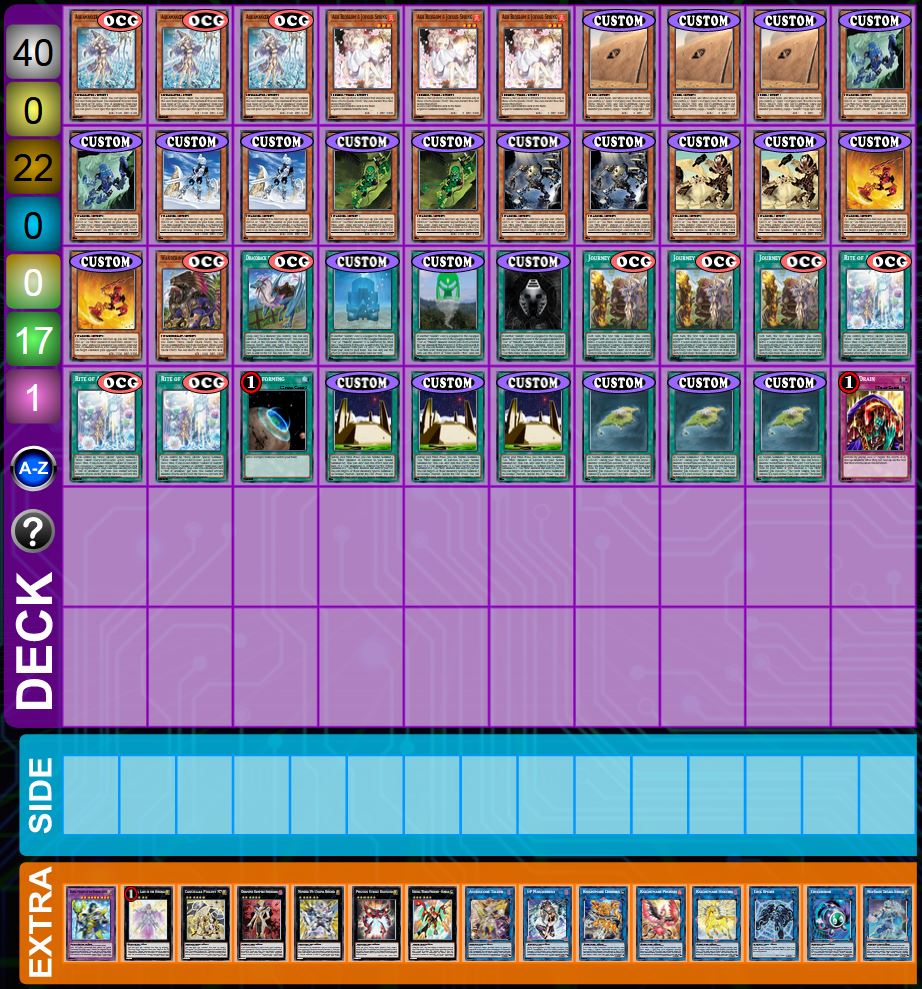 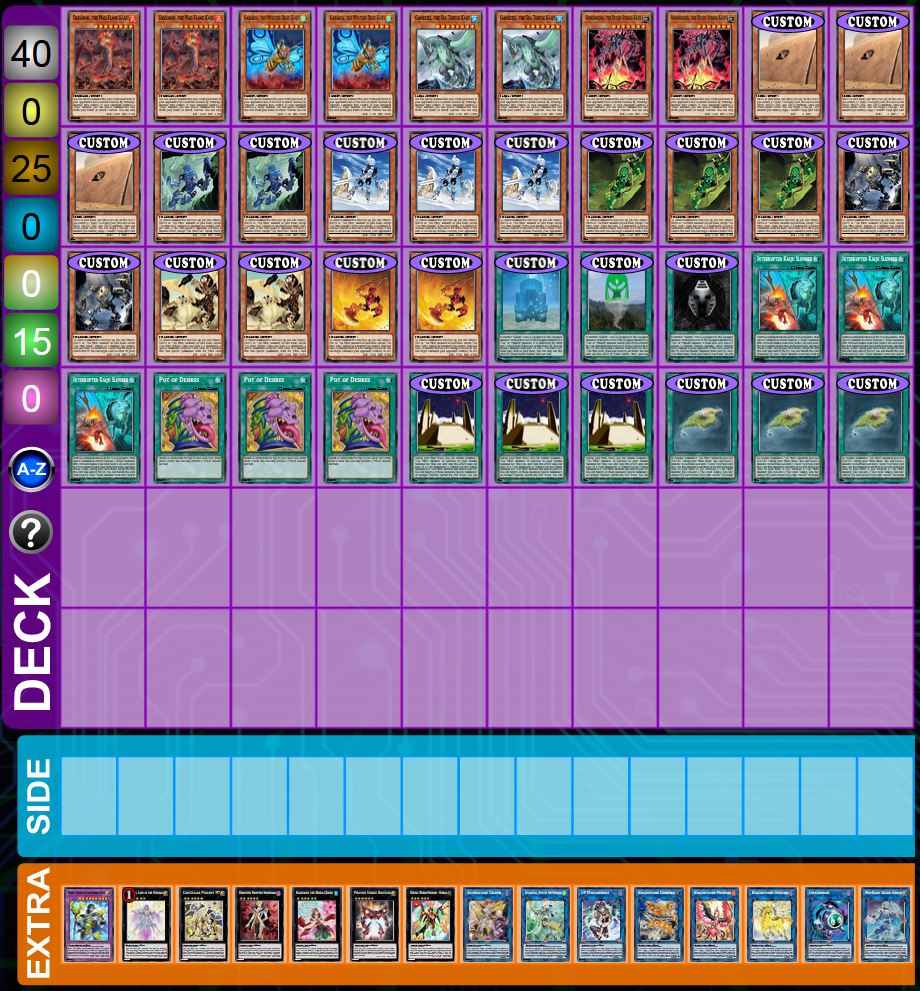 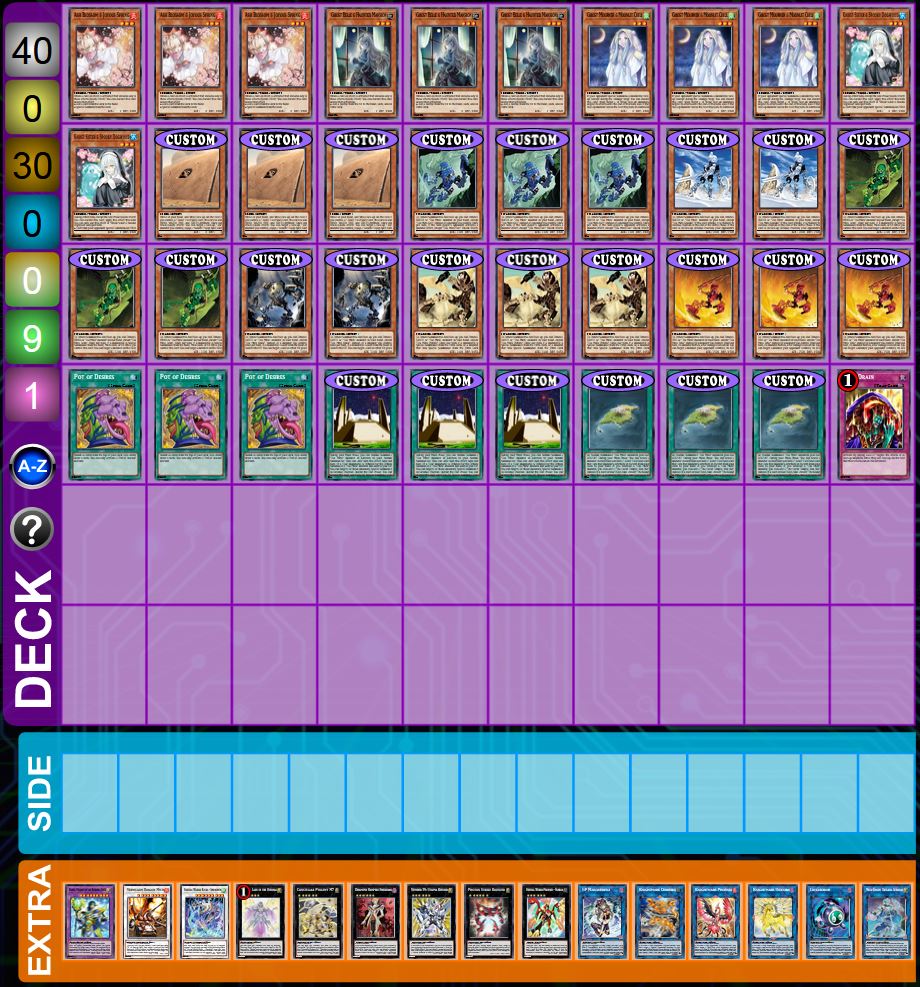 The order in which the decks appear in the slideshow above is also an approximate ranking of their playability, ranging from actually kinda decent to complete garbage. The ratios in the Toa Mata portion differ between them because I threw them together at various points in time and never tested them deeply enough to figure out what’s best.

A quick summary of each of these ideas:

Another archetype with all the right Attributes I tried out was Nemeses, however they are not featured in the previous section because I ran into a bit of a problem: Just like the Toa Mata don’t really do anything unless you can get out multiple and/or set up your GY with a Suva and several Kanohi, Nemeses don’t really do anything unless you get some monsters banished first. And since the main way to get monsters banished also relies on sending Kanohi to the GY, neither half of the deck is particularly capable of getting itself or the other started despite having good synergy once they’re running.

In trying to resolve this, I attempted stuffing a bunch of extra “spicy” techs into the deck, eventually blowing it up to a pile of 60 cards that somewhat reliably worked.

Aside from the obvious, the most significant addition here are probably PSY-Framegear Gamma + Driver, as a powerful handtrap that conveniently can also set up some banished monsters for Nemeses plays. Driver also happens to be Level 6, so you can use it to pay the cost of Celestial Observatory and feel like an absolute king. However, at the end of the day, these additions only bring a slight reduction in the amount of luck you need to actually set up the really good plays, so I took a second stab and tried to fill up the 60 cards by bringing in a third archetype instead.

C.C. Matoran proved quite competent at quickly dumping a few Kanohi to the GY when I previously tried them as the sole partner archetype for the Toa Mata, so I figured adding them might be a fine way to handle the observed issues with getting the deck to its initial velocity. And it does indeed seem like doing the good old C.C. Matoran play of letting Isolde send 2 Kanohi to the GY provides just enough setup for both the Toa Mata and the Nemeses portion to perform actual plays. Maybe it would even be possible to condense this triple mix down to 40 cards somehow, but I haven’t tried.

A common problem with the mixed-Attribute decks was getting Toa without any of the right Tributes, so to bypass that issue I also tried building a deck that only uses Toa of the same Attribute along with matching support. The candidates for that would be WATER (Gali and Kopaka) or EARTH (Onua and Pohatu), and I picked WATER because then I can also incorporate Kopeke for that sweet C.C. Matoran Isolde combo.

The rest is just Frogs as a compact WATER package with a pretty good payoff, plus a single Ko-Koro to search with Mata Nui. Because I guess falling back to stall in cases where you don’t have anything else might at least keep you alive.

My verdict on this after a brief test run is that it can definitely do something more consistently than the decks that try to make multiple Attributes work, but what it does tends to be less impressive. For example, playing only 2 Toa gives you much less Rank 6 access via Kini-Nui, and even summoning one plus a Suva doesn’t do as much when the Kanohi selection is limited to Akaku and Kaukau. Also, I don’t really like it in concept, because the only reason there even are multiple Toa with the same Attribute is because ICE and STONE aren’t a thing in Yugioh.

The difference between a worthwhile experiment and a waste of time lies in whether or not you learn something in the process, so after trying all this, we face the big question: What does it tell us about Toa Mata and their future design requirements? I will end this on a quick summary of my observations, don’t hesitate to tell me in the comments if you feel I missed something.